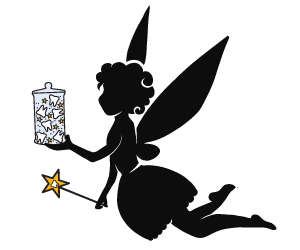 “Eight years ago, on March 9, 2009, the S&P 500 closed at 677, down 57 percent from where it had been just 18 months earlier. 10-year Treasury yields had fallen from 3.6 percent to 2.9 percent over the previous year…Investors were depressed and scared. However, good long-term returns from stocks were almost inevitable at that point since economic and market fundamentals were at unsustainably low levels…Eight years later, the financial landscape has changed completely…it still makes sense to be in long-term investments including both domestic stocks and bonds. However, it is time to adopt a more diversified and thoughtful approach that recognizes the importance of valuations…”

Valuations were heady during first quarter
Stock valuations reflect how much a share of a company’s stock, or shares of companies in an index, may be worth. Valuations can help investors understand whether shares are expensive, reasonable, or inexpensive. One way to measure valuation is to look at trailing 12-month price-to-earnings (P/E). This gauge reflects how much an investor must pay to receive one dollar of the company’s earnings.

For instance, on March 31, FactSet reported the trailing 12-month P/E of the Standard & Poor’s 500 Index was 21.8. That’s well above the 10-year average of 16.6 and the five-year average of 17.1. This suggests shares of the overall index are expensive. Keep in mind, even when the index appears to be expensive, the valuations of specific companies or sectors within the index may still be attractive.

Animal spirits abounded
The CEO of JPMorgan attributed investors’ enthusiasm for stocks during the first quarter to ‘animal spirits,’ reported CNN Money. Animal spirits is a term coined by John Maynard Keynes. It describes “…a spontaneous urge to action rather than inaction, and not as the outcome of a weighted average of quantitative benefits multiplied by quantitative probabilities.” Investors were inspired by the new administration’s growth agenda, including promises of lower taxes and less regulation.

The U.S. economy grew (but we’re not sure how much)
People and businesses may have been more enthusiastic than data suggests they should be. Financial Times cited research from Morgan Stanley that shows a growing gap between ‘hard’ economic data (like slowing corporate spending and lower retail sales) and ‘soft’ economic data (like consumer and business optimism). The disparity has created uncertainty about the pace of economic growth during the first quarter of 2017. “The Atlanta Federal Reserve’s model, which…focuses on hard data, projects an annualized rate of just 1 percent. However, the New York Fed’s model, which ‘incorporates soft data into its tracking,’ forecasts 3 percent growth.”

Brexit was launched
The end of the first quarter of 2017 marked a new beginning for Britain. On March 29, Prime Minister Theresa May officially launched Britain’s exit from the European Union. The United Kingdom now has two years to negotiate terms with the European Union (unless all members of the EU unanimously approve an extension).

When you consider how long trade agreement negotiations normally take, it appears the task ahead for Britain and the EU is akin to running a marathon in 30 minutes. For example, Canada and the EU began discussing a trade agreement in 2007. It has yet to be finalized.

THE TOOTH FAIRY IS AWFULLY GENEROUS THESE DAYS.

Since 1998, an insurance firm has conducted a poll to determine how much swag the tooth fairy or, depending on your country, the magical mouse, elf, brownie, or tooth rat has been leaving behind for children who’ve lost their teeth.

When the poll began, the going rate for a tooth was about $1.50. The most recent survey found that, in the United States, a tooth was pulling in about $4.66! The going rate in other nations was similar:

NPR’s Planet Money
examined whether the value of lost teeth has kept pace with inflation. They posited a tooth was worth about $0.50 in the 1970s. If the value of a tooth had risen with inflation, it would be worth less than $3.00 today. So, the value of a lost tooth has increased faster than the rate of inflation – similar to college tuition!