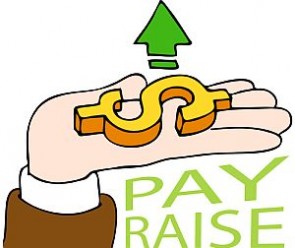 Not everybody loves meetings and even fewer enjoy reading the minutes, but investors make an exception with the Federal Reserve. This week the Fed published the minutes from its August 1meeting. While no changes were made to interest rates, the minutes did provide insight to how the Fed sees the U.S. economy.

The economy is strong. The economy is poised for its best annual growth in a decade due to stimulation from tax cuts and federal spending. The current nine-year bull market is about to be the longest bull market in history and the stock market hit a new high last week. Inflation is back to the 2 percent range, after missing for several years, and the already tight labor market continues to tighten, reported The Wall Street Journal.

While the Fed remains concerned about the risks of inflation, it also is concerned about slowness in the housing market. Home building has declined due to a labor shortage and to higher cost in materials from tariffs, according to The New York Times.

When will the Fed stop raising rates? The Fed is all but guaranteed to raise rates in September, with market odds at a 96 percent probability and a 60 percent probability for another hike in December. The Fed will continue its gradual interest rate increases for now as long as economic activity is consistently expanding at a sustainable rate. The minutes revealed the Fed governors will soon revise its policy stance from “accommodative to neutral,” reported MarketWatch.

What does the Fed think about tariffs? The Fed is aware tariffs could derail their initial plan of steady rate hikes. Although concerned about President Trump’s tariffs, they are waiting for economic data to assess the damage. They did, however, say tariffs would have “adverse effects on business sentiment, investment spending, and employment. Moreover, wide-ranging tariff increases would also reduce the purchasing power of U.S. households,” reported The New York Times.

The Fed is content, for now, with their current policy stance of steady rate hikes, but are on edge as they wait to see how fiscal policy plays out in the data. The Fed is more likely to raise rates two more times this year given the strength of the economy.

HOW WOULD YOU ASK FOR A RAISE?

When CNBC asked business author Suzy Welch how someone should ask for a raise she explained, “The key…is an approach that includes research and emphasizes your achievements.” She recommended three basic steps:

Time your request right. Ask after a big win, a positive performance review, or when being asked to accept more responsibility.
Prove your case. Be prepared to explain why you deserve a raise, including your achievements and results.
Establish a time frame for action. If your boss isn’t prepared to provide an answer immediately, end your meeting by asking when you can expect a response.

This is sound advice.

When Willy Appelman of Fast Company asked children at the Underhill Playground how they would ask a boss for a raise, the kids believed the keys to success were good manners, hard work, baked goods, and physical appearance. Here are some of their recommendations:

“Ask them politely and say: Can I please have a raise because I’ve been really working hard this week.”
“Go up to your boss and say: Is it okay if I have some more money?”
“Be confident and try your best.”
“I would give them desserts, like pastry and cookies.”
“Make sure you look weaker than your employer so they have power and they might feel merciful…”

If you recently received a raise or a bonus (or expect to), you may want to give some serious thought to how you will to use the additional income – spend it, save it, or do some of both – and how your choices will affect your taxes.