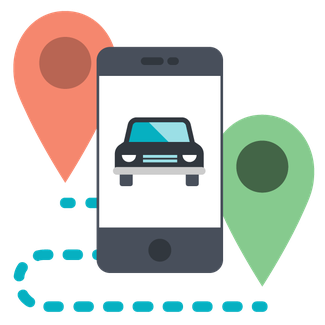 Keep your eyes on the horizon.

Motion sickness happens when your body receives conflicting signals from your eyes, ears, and other body parts. One way to manage the anxiety and queasiness that accompany the condition is by keeping your eyes on the horizon.

The motion of the stock markets has been causing some investors to experience similar symptoms. Surprisingly, the remedy is the same: Keep your eyes on the horizon – your financial planning horizon.

A planning horizon is the length of time over which an investor would like to achieve his or her financial goals. For instance, perhaps you want to pay off student loans by age 30, fund a child’s college tuition when they reach age 18, or retire at age 60.

When stock markets are volatile, an investor may receive conflicting signals from various sources, which may induce anxiety and queasiness. When you start to worry about the effects of market volatility on your portfolio, remember stock markets have trended higher, historically, even after significant downturns.

For instance, in 2008, during the financial crisis, the Dow Jones Industrial Average lost about 33 percent. It finished the year at 8,776. The drop sparked tremendous anxiety among investors who wondered whether their portfolios would ever recover.

While stock markets have trended higher historically, there is no guarantee they always will. That’s why asset allocation and diversification are so important. A carefully selected mix of assets and investments can reduce the impact of any single asset class or investment on a portfolio’s performance. Keep in mind, of course, past performance is no guarantee of future results.

WHAT IS AN APOLOGY WORTH?

John List, an economist at the University of Chicago and Chief Economist for a ride-sharing app, needed to go from his house to the hotel where he was a keynote speaker. So, of course, he called his ride-sharing company. The experience was less than stellar, as he explained to Steven Dubner of Freakonomics Radio:

“So I get in the back of the car and it says I’m going to be there in 27 minutes. So I go into my own land of working on my slides, because of course I’m doing things at the last minute. I lose track of time. I look back up about 25 minutes later, and I’m back in front of my house…And I said, ‘Oh my god, what happened?’ The driver said, ‘I got really confused, and the GPS switched, and we turned around and I thought that you changed the destination, so I went back.’ So I told her immediately, ‘Turn around, go back.’ I missed part of my panel.”

List also missed an apology, which neither the driver nor the company offered.

He decided to investigate how much mistakes, like the one he experienced, cost the company and whether an apology would reduce the cost. As it turned out, the cost of 5 percent of trips that resulted in customers being 10 or 15 minutes late was 5 to 10 percent in lost revenue.

List enlisted the help of researchers Benjamin Ho of Vassar College, Basil Halperin of Massachusetts Institute of Technology, and Ian Muir of the ride-sharing company, and conducted a field experiment on clients of the ride-sharing company. They discovered apologies are not universally successful at reducing the costs associated with a bad experience. The most successful apologies had a monetary value. In their case, a $5 coupon produced a 2 percent increase in net spending.

The team discovered another important fact. Apologies lose value and can inflict reputational damage when a company has to apologize multiple times.