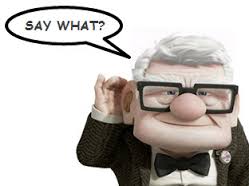 It was a good week to own stocks.

Not all financial news was good news last week, but that didn’t prevent U.S. stock markets from moving higher. Barron’s reported on the good news:

“This past week, welcome political news from Europe, a batch of stellar corporate-earnings reports, and a concrete tax proposal to cut corporate and some personal rates sharply gave the bull even more reasons to rally. By Friday’s close, the Dow Jones industrials and other market measures were standing near all-time highs.”

Overall, corporate earnings were quite strong during the first quarter of 2017, according to FactSet. With 58 percent of the companies in the Standard & Poor’s 500 Index reporting in, earnings are showing double-digit growth for the first time since 2011.

Economists had less to celebrate. The Commerce Department’s first estimate indicated the U.S. economy got off to a slow start during 2017. Gross domestic product (GDP), which measures the value of all goods and services produced, came in below expectations and grew at the slowest rate in three years. Bloomberg reported:

“The GDP slowdown owes partly to transitory forces such as warm weather and volatility in inventories, which supports forecasts for a rebound as high confidence among companies and consumers and a solid job market underpin growth. Even so, the weakness at car dealers could weigh on expansion, and further gains in business investment could depend on the extent of policy support such as tax cuts.”

Keep an eye on Congress and the Federal Reserve. Changing fiscal and monetary policies are expected to have a significant influence on markets and the economy.

What did you say?

If you find yourself tuning-out in loud restaurants, asking people to repeat themselves frequently, or cupping an ear in an effort to better understand what a friend or colleague is saying, then you may be interested to learn that hearing loss is one of the most prevalent health issues for older Americans. It ranks third, right behind arthritis and heart disease, according to the Hearing Loss Association of America (HLAA).

“A study by the Journal of General Internal Medicine, which covered over 90,000 veterans of Afghanistan and Iraq seeking VA care from fiscal 2006-2007, may serve as a general guide. Among male veterans seeking VA care, 16.4 percent to 26.6 percent suffer from serious hearing loss and tinnitus, and 7.3 percent to 13.4 percent of female veterans are affected. How much of this is combat-related or due to environmental factors such as background noise, training, and even medication is unknown.”

Remarkably, many people ignore their hearing loss. Just 16 percent of Americans (age 69 or younger) with hearing issues use hearing devices. It’s a decision that can have serious consequences since studies have linked hearing loss and cognitive decline, reported NPR.

The real selling point may prove to be that PSAPs are far less expensive than traditional hearing aids.