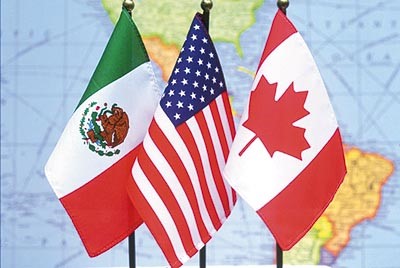 Last week’s U.S. employment report was better than expected. The United States added 235,000 jobs in February, which was a few more than economists had forecast.

It may seem counterintuitive, but the positive economic data helped push U.S. stock markets lower. The jobs report was a sign the American economy continues to be strong and indicates a rate hike may be on the horizon. Barron’s reported:

“If anything, the data just confirms what we’ve known for a while now: The economy is growing, and one rate hike is unlikely to do much damage…There’s still a strong likelihood of some sort of economic stimulus plan from the Trump administration sometime this year…But the fact that tax cuts and infrastructure projects are even being considered at a time when the U.S. economy is adding 200,000-plus jobs a month is ‘unprecedented’…”

At the end of last week, CME’s FedWatch Tool, which gauges the likelihood of changes in U.S. monetary policy, indicated there was better than an 88 percent chance of a rate hike when the Fed meets on March 15.

They’re all on the pro rodeo circuit

They all grow corn and soybeans. They all have renowned universities. In addition, according to The Economist, Texas, Iowa, Nebraska, Mississippi, Alabama, and Michigan are likely to experience the biggest increase in tariffs – as a percent of state gross domestic product (GDP) – if and when the North American Free-Trade Agreement (NAFTA) is revised.

Under NAFTA, goods are imported from and exported to Mexico and Canada without tariffs, which are essentially taxes on imported goods. Tariffs typically increase the cost of imports, making them less attractive to consumers. This can help support the market for domestically produced goods and help protect domestic jobs and industries. Currently, the United States sends about $240 billion worth of goods to Mexico, each year, and Mexico sends even more to the United States.

The Economist’s analysis measured potential increases in tariffs, in tandem with the volume of state exports to Mexico, to determine the possible impact on a state’s economy. (The analysis did not include Canadian exports, even though Canada is also a NAFTA participant.) While the effect on the majority of states’ economies would be relatively small, the impact on others could be more significant:

“In 2015, Iowa’s farmers shipped $132M of high-fructose corn syrup to Mexico. Without NAFTA, Mexico would slap a tooth-aching 100 percent tariff on the stuff…Among this group, Texas stands out. It faces an average tariff of only 3 percent, but its exports to Mexico are worth nearly 6 percent of its GDP (compared with 1.3 percent nationally)…Michigan also fits this category. Its exports of cars and parts – many of which end up back in America – would attract tariffs averaging only about 5 percent. But, with such shipments totaling $4.1B, the bill would be painfully large.”

No one yet knows how renegotiating NAFTA may affect any of the countries involved because talks are not expected to begin for several months.